When Jacopo left Abruzzo he was young and found it hard to tolerate those lands, made up by silences and zero opportunities. But during his journeys around the world, experiencing successes and failures, he matured a crazy idea: transforming Abruzzo in the largest hemp field in the world. A crazy idea, indeed, as cannabis is still surrounded by suspicion and preconceptions also today, despite the fact that it is in fashion again, due to the spreading of “cannabis light”, and a therapeutic product used in medicine throughout the world.
Thus, along with his long-standing friends, he formed a team of individuals, who, just like himself, believed in this dream. Guys like Luca and Fabrizio, who live in Acciano, a semi-abandoned village at the foot of the Sirente Mountain, which is still trying to heal its wounds after the earthquake. Two guys from Abruzzo who decided to stay while all the others were leaving: some to Pescara, some to Bologna, others to Germany. They didn’t leave, they remained to face, day by day, the lack of jobs and hope. There are also guys like Gennaro and Uncle Peppe, life travelers in quest of a new place to stay; Antonio the handyman, friend of Jacopo’s family, and, last but not least, Nino, the only real agriculturist in the group, who, just before his seventies, started to cultivate cannabis, because “we were there, in 1968, and we didn’t smoke joints, but when I learned that this herb can cure people, I accepted right away.” They are all common people looking for something, and theirs are life stories sprouting together with the green little plants with their richly scented flowers. Stories of research, of redemption, of endless battles to find a job.
Jacopo knows that the territory in which he was born is harsh, just like the people living there. A place which has suffered a massive depopulation since the ‘50s and in which job opportunities are reduced to a handful. But at the same time he knows he will have to fight against the prejudice toward cannabis as well. And the weapons used to fight this ruggedness, are the same as the ones handed down for millennia in agriculture: commitment, dedication and patience. Only in this manner the soil will be able to open up. Then, people will open up along with her. Thus, the adventure of Jacopo and his friends takes off, expanding the dimensions of the company and creating new opportunities, attracting immigrant workers as well, who struggle their daily battle against prejudice themselves. And continuing, day after day, to follow the dream of transforming Abruzzo in a green and rich land, in which silence is only a rest-pause between one hard day of work and the other. 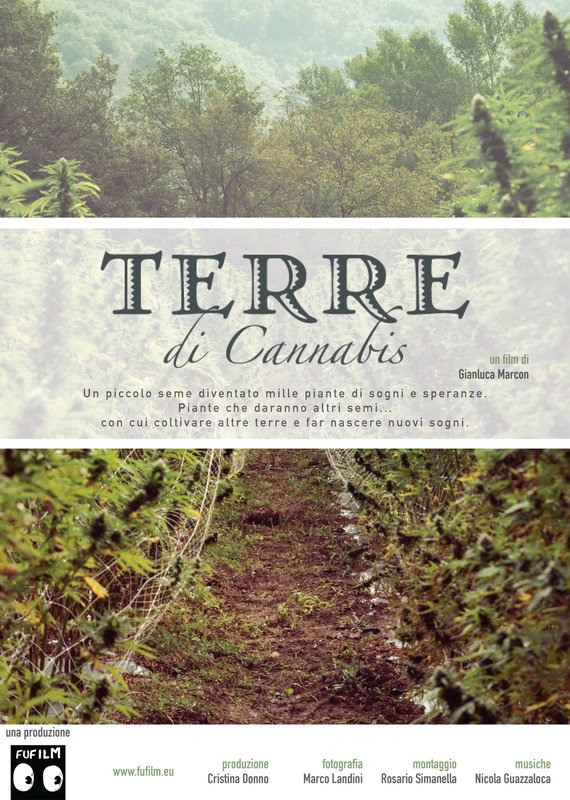 IF IT WERE LOVE

THE WAR IN ME

THE BOOK OF SABETH