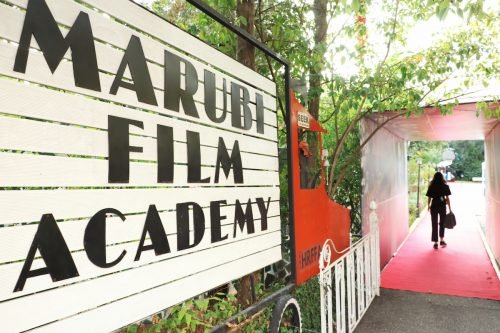 The press conference hold on Friday 16th of September, 10.30 am, in the garden of the Academy of Film and Multimedia Marubi.

From Monday 19 to Saturday 24 September 2022 takes place the Seventeenth Edition of the International Human Rights Film Festival in Albania IHRFFA, one of the most important socio-cultural events taking place in Albania.
“Youth and Human Rights” are the focus of this Edition of the Festival, exactly in Tirana, announced as the European Youth Capital for 2022. A seemingly limited topic for an international film festival on Human Rights, in relation to the universal and undivided principles of the Universal Declaration of Human Rights.
The selection of 37 films from 3200 applications received from all over the world, has been considered important by us, for the very dynamics of the digital age we are living in, where the majority of the population includes youth with a new space and format of Communication, Background and Information.

A special dedication in this Edition goes to the war in Ukraine.
We return to this tragedy of the XXI century 4 years later after the 13th Edition where we had a dedication to the release from Russian prisons of Ukrainian director Oleg Sentsov.

The war in Ukraine woke up the world from its slumber showing us all that the world has not gotten rid off the demons of the past and that it is not far from anyone’s home and as such, it makes the peace and freedom deserved by every individual in every corner of the world, increasingly insecure.

The war in Ukraine teaches us that peace and freedom are not for granted to anyone but must be protected for, by fighting for them every day.

Every child killed, every woman and girl, every mother and father, grandmother and grandfather who are killed there, should be considered as belonging to each and every one of us.

We cannot have peace and freedom by contemplating from afar at the fire and bombs that fall far from our homes. Otherwise one day, sooner rather than later, that fire will consume us all.

The opening of the Festival takes place on Monday, at 19.00 with the opening ceremony and screening of the first film with the presence of many directors and guests, starting the intensive 6-day pilgrimage to see films and productions of recent years and which are shown for the first time to the Albanian audience.
In addition to the Academy of Film and Multimedia Marubi, the films will also be screened at the garden near the Prime Minister’s Office, the Central State Film Archive,and the Maks Velo Cinema in Lapraka.

Entrance is free and the films are subtitled in Albanian and in English.